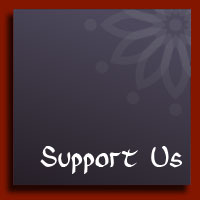 Sexual diversity in Islam:
Is there room in Islam for lesbian, gay, bisexual and transgender Muslims?

Preface
This is adapted from the chapter “Sexuality, Diversity, and Ethics in the Agenda of Progressive Muslims” by Dr. Scott Siraj al-Haqq Kugle in Progressive Muslims (ed. Omid Safi). Dr. Kugle shows that Islam supports many kinds of diversity—and that sexual and gender diversity in particular were acknowledged in the Qur'an and by the Prophet Muhammad(PBUH). He shows that common punishments for homosexuality in Islamic countries have no basis in the Qur'an or sunnah (the record of the exemplary life of the Prophet Muhammad). Dr. Kugle's work shows that lesbian, gay, bisexual and transgender Muslims do indeed deserve a place in Islam.

The pronunciation key is intended to give English-speaking readers a close approximation of the word in Arabic. It can not provide a perfect equivalent, however, because some Arabic sounds do not exist in English. We have chosen to use the widely-used Common Era (also known as Christian or Gregorian) calendar, rather than the Islamic Hijri (AH) calendar. Common Era dates end in CE.

If you're not sure what a word or phrase means, please refer to the Notes page.


MPV thanks the generous contribution of the Human Rights Campaign for making this adaptation possible.